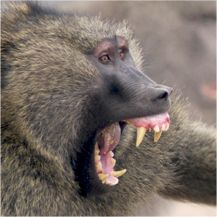 What can a flimsy web page tell you about Clem?

His smile is like a vice, crushing, hard, and unyielding. His socks are sturdy. His voice is clear. His hair is present and accounted-for.

His coffee is strong.

Born into royalty in 1243 and again in 1912, he led the heroic defense of Khartoum against the Mongols, perfected the trebuchet, helped weave the Bayeux Tapestry, and gave Nostradamus some ideas.

While sailing the Spanish Main, he corresponded with Galileo Galilei about optics and later broke the heart of Catherine the Great. He gave Karl Marx wedgies in 7th grade and wrestled the Cardiff Giant. Escaped Krakatau and spent many years as a pirate, tormenting the Raj.

Currently lives in Mombasa with his 8 wives, 46 children, and 583 goats.

He is simply the world’s greatest photographer.